Today was Monsta’s first trip to the dentist.  I have been talking about it all week.  I figured the more prepared he was the better.  This morning, he told me he didn’t want to go but I kept saying that it was no big deal.  I told him that afterwards he would probably say, “I wanna do that again!”  (typical Ben phrase).  Well, we went.  My fingers were crossed.  I asked him if I could bring the camera so I could post the pictures of how brave he was on the blog.  He said Yes. 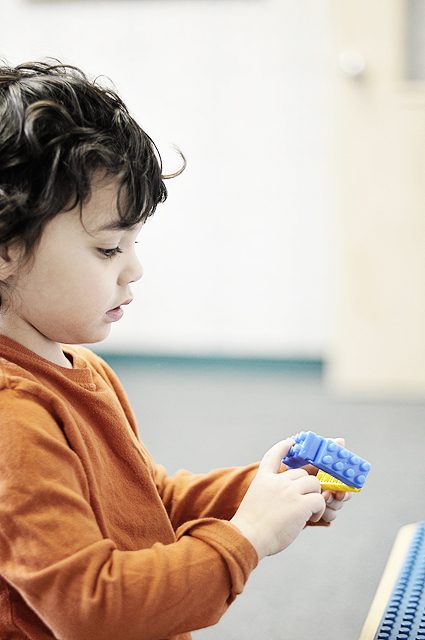 There were legos to play with and books to read. 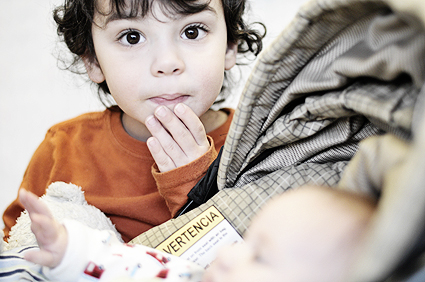 Hanging with David.  So far…so good.  A bit of worry setting in. 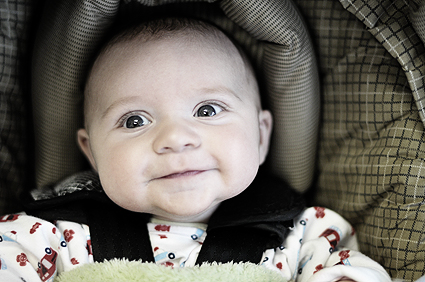 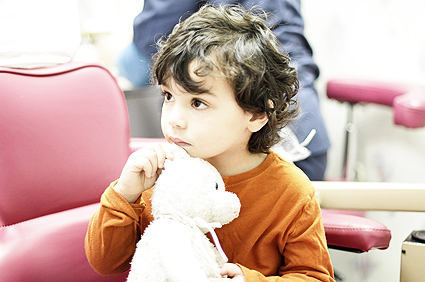 We are called in and he listens very carefully to Dr. Mark. 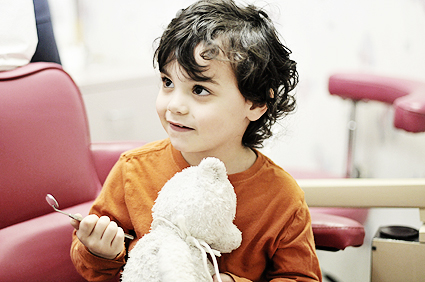 He lets Ben hold the instruments to get comfortable.  He was really great at explaining before doing. 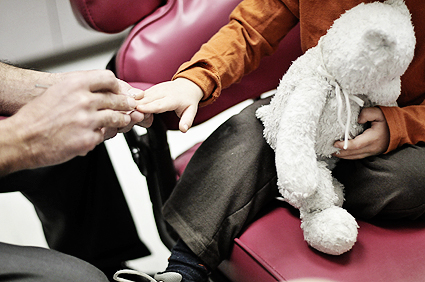 He practices on Ben’s fingers so he would know what it will feel like. 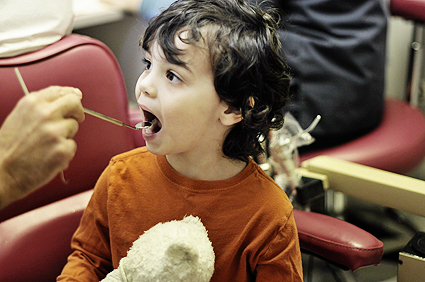 The mirror thingie went in – no problem. 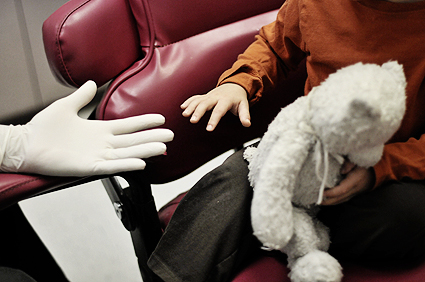 He let him touch how soft the gloves were and showed him the mask.  I thought that might be a breaking point but he still held strong. 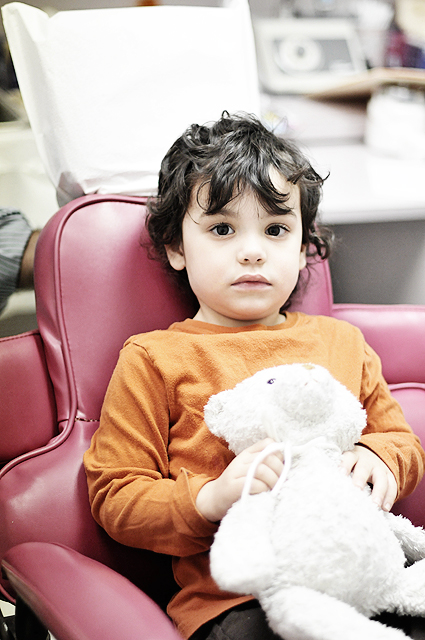 He wasn’t so sure about being laid back in the chair. 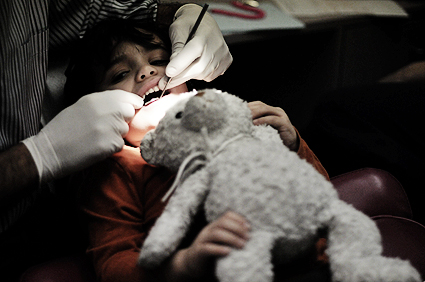 Definitely nervous but not cracking. 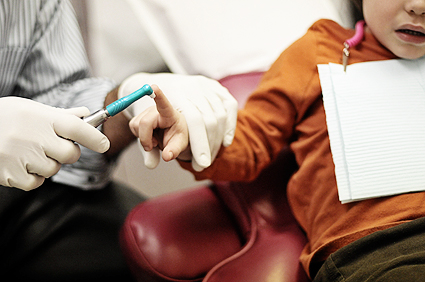 Feeling how the toothbrush will be. 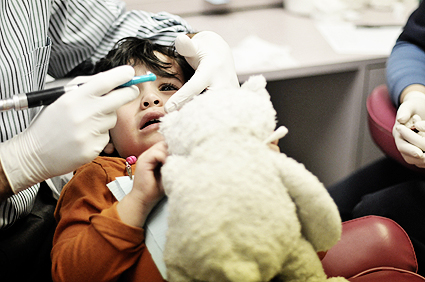 You can see he wasn’t to psyched about this part.  Two tears popped out of his eyes but I gave him the I love you sign with my fingers and he did it back.  I held his hand and he swallowed hard and let the Dr. conitnue. 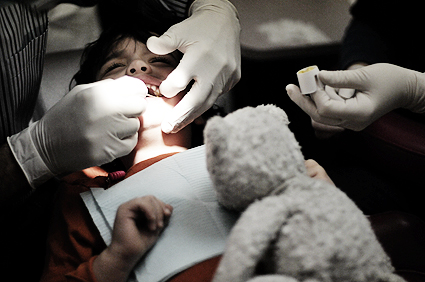 Time for the flouride.  They brushed it on his teeth.  So different from when I was little.  Remember, sitting forever with those plates filled with flouride.  Yuck!

That was it!  He made it through!  He got a toothbrush and pirate stickers AND got to pick a special surprise.  He chose a triceratops (his favorite dinosaur).  We left the office and as he jumps around outside he says, “I wanna do that again!” 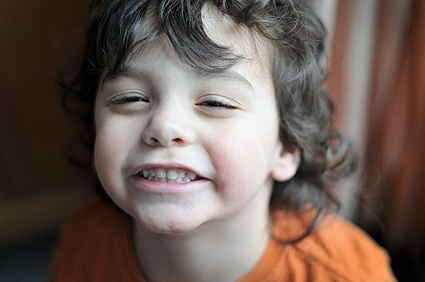 Show Hide 3 comments
« I think he realizes that if you hang out in the kitchen long enough…..
Weekend in PA. »