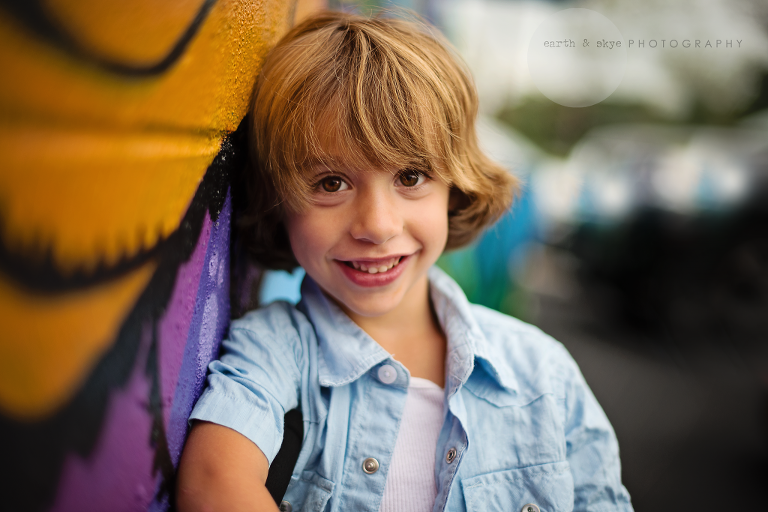 I really can’t believe it.

He has been pretty independent for awhile now.  Like, gets dressed before anyone is even out of bed and I can do that (what ever that is) all by myself independent.  I love that about him.

Of course, he still idolizes his older bro. 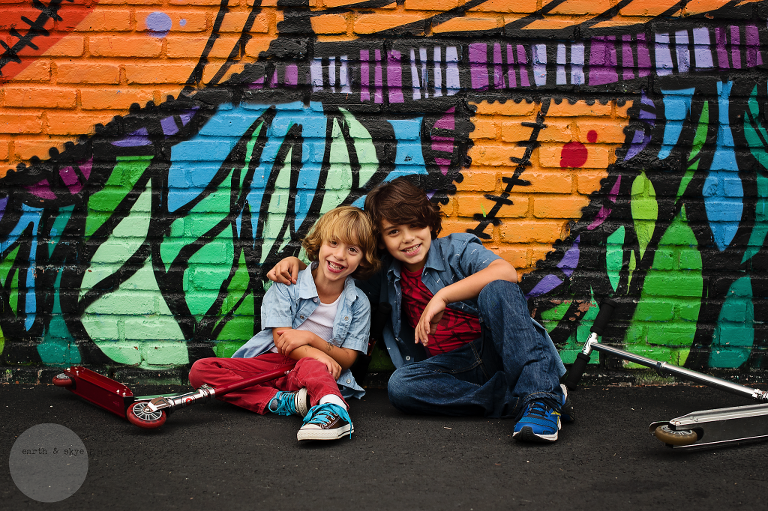 The weekend started Friday.  I had been cooking since Tuesday because we were having 27 people over for Rosh Hashanah.  That is not a typo.  I wasn’t panicking though.  It turned out that we only actually had 21/22, I can’t even remember anymore when all was said and done.  David helped me cook the chicken soup and he also helped me bake the challah.  That kid would rather help me in the kitchen than go ride his bike!  Amazing.

He wanted to look his best for everyone, so he got himself dressed. 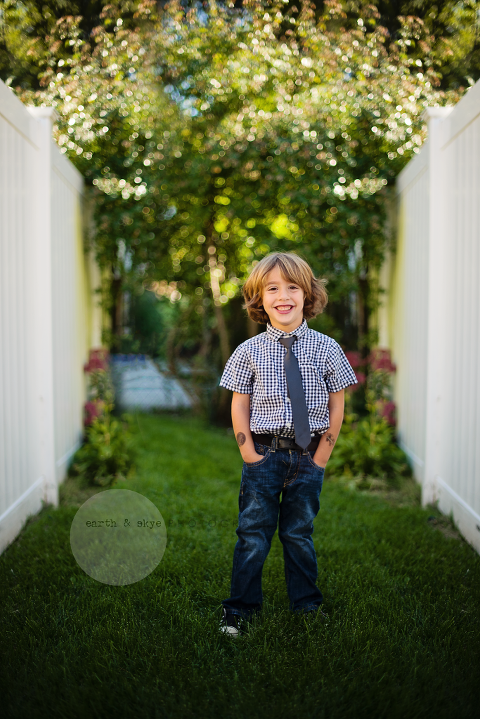 We ended the delicious/fun night with a Happy Birthday for David.  He got some great presents and the red scooter was one of them (thanks again Grandma H). 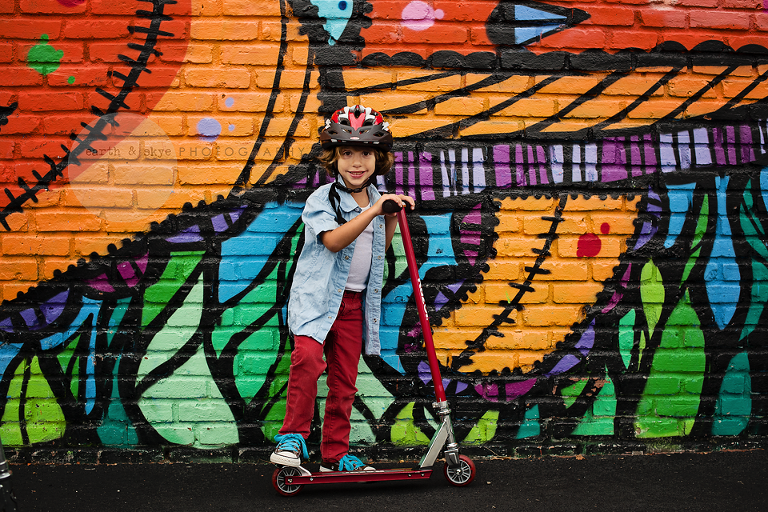 After playing soccer and scoring an awesome goal on Sunday (his actual birthday), we came home and got ready for his party.  A few friends came over to celebrate and let me tell you……he was so excited.  I ‘old schooled’ it by setting up musical chairs, pin the tail on the donkey, a pinata (thanks Mom for that) and slip n’ slide. 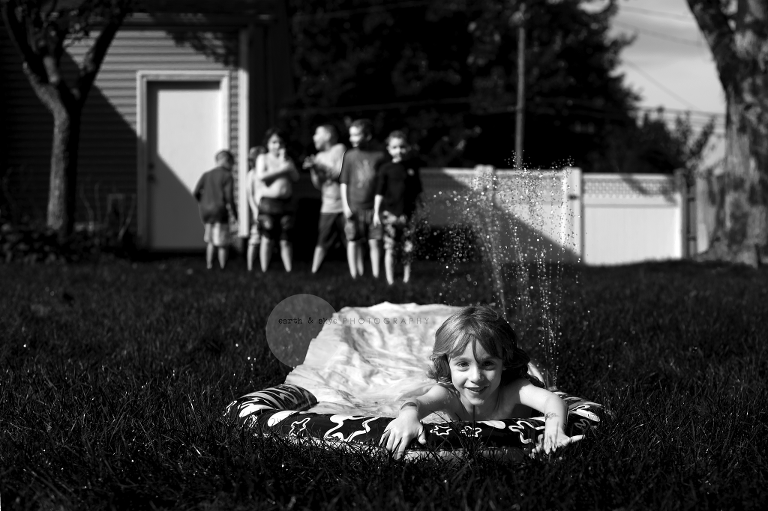 The kids all had a blast! 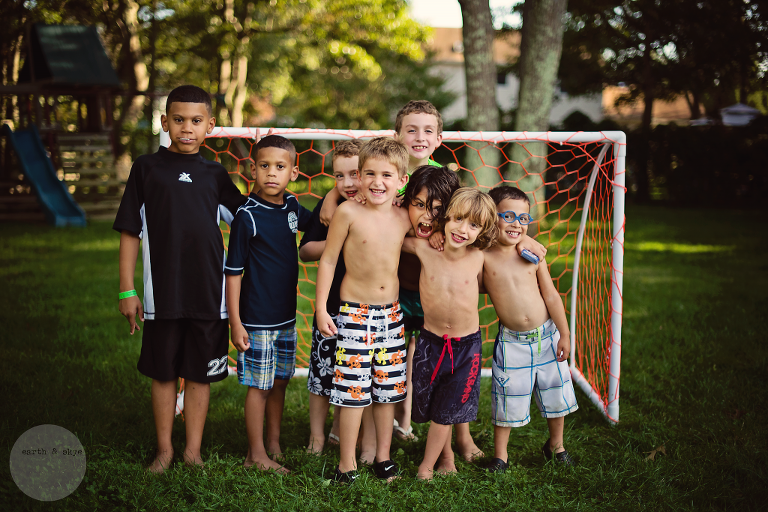 Back to school yesterday.  The Birthday didn’t end.  I brought melon balls and strawberries up to school for an afternoon snack.  He got to wear a crown and got a sticker.  He pretty much came off the bus thinking he was all that.

The boys were actually in the mood to take pictures so we ended up going for a mini shoot.  We grabbed their scooters and off we went. 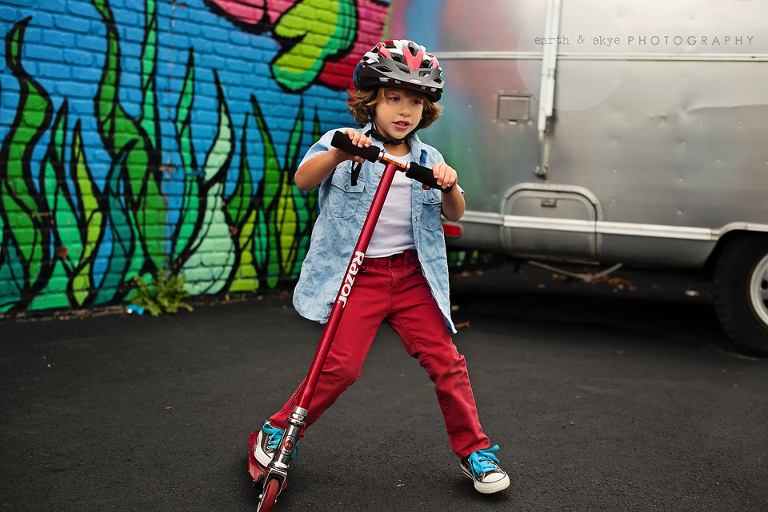 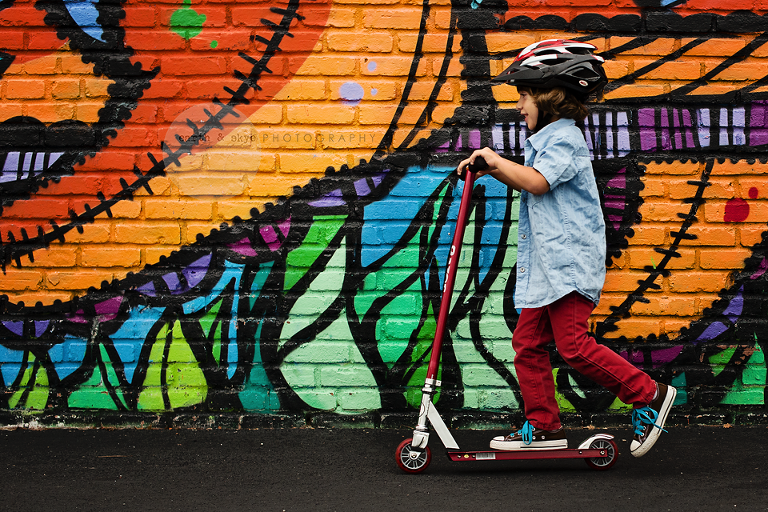 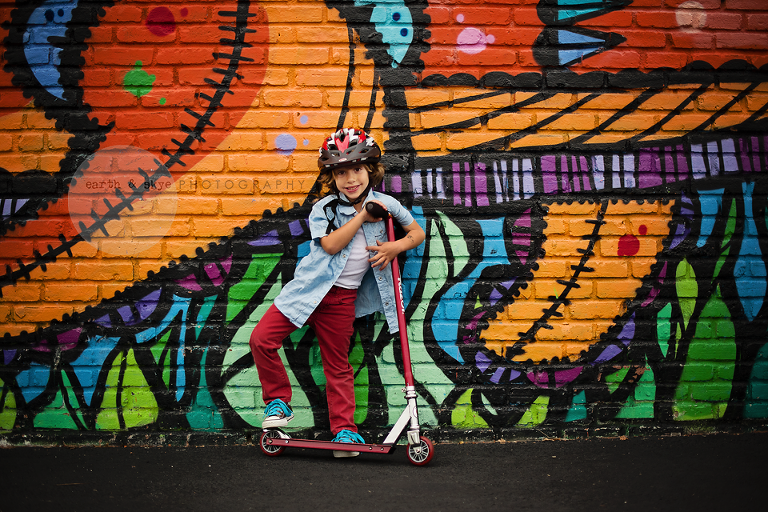 A BIG happy Birthday to our little Dude.  We love you like a hundred (that’s a whole lot in his eyes)!