Am I a juicer?

I have lots of things to be thankful for but for today’s post, I would like to focus on something new that I’ve been doing. I’ve been juicing.

I never, in a million years, thought I would like the taste of some dark green concoction. I always new that it was a healthy thing to do but….
I have a girlfriend who juices, makes smoothies and really works hard on being healthy. One day she asks me to taste a fresh batch of Super Juice she made. I was all like, uhhhhh nahhhhh. Come on!, she says. Alright. With a squinty face, I took a sip.

I really couldn’t believe it. From that point on (about two weeks ago), I’ve been juicing. It makes me feel terrific and my body just craves it in the morning. My husband and 2 year old have also joined me drinking our Super Juice. My 5 year old? Nope. Won’t touch the stuff. I even juiced just an apple (which he loves) and he had a fit. Will I give up? Nope. I’ll sneak it into something.

This morning’s Dupa Ju (as my little one says it) 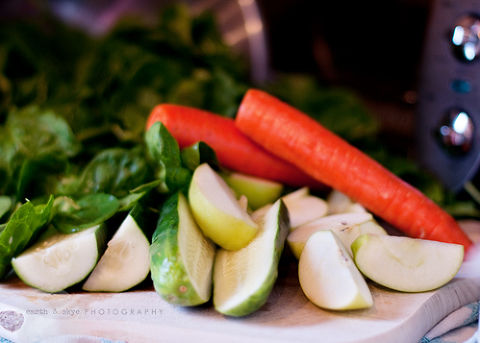 Spinach, carrots, green apples and cucumber. It was a new combination for me. We loved it! Refreshing is an understatement. 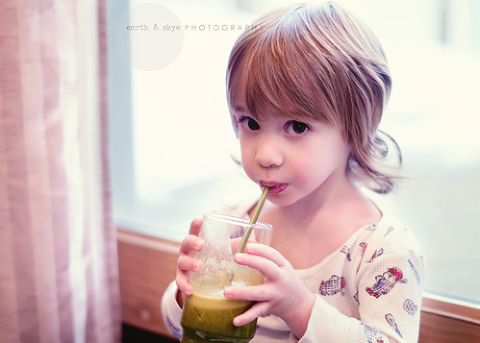 My eyes have been opened to a whole lot of new things lately – thanks to a group I belong to on Facebook, Raising Natural Kids.

I’ve always tried hard to incorporate ‘natural’ into my family.  I realize that there are so many more things I could be doing but…..rather, BUT

What I do is great for us now.

Now . we just drank vegies and fruits . i feel wonderful about that.