It is pretty much Halloween, 365 days of the year around here, as Monsta loves dressing up in costumes.  I could take it or leave it, really.  Now that I have kids though, I am enjoying it a lot more.  I like making costumes and every year, our house gets a bit more decorated than the last.  This year, the big guy decided he wanted a store bought costume.  ACK!  Come on, I wanted to make it!  I backed down easily as I need to choose my battles.  He wanted to be a knight and a knight he was. 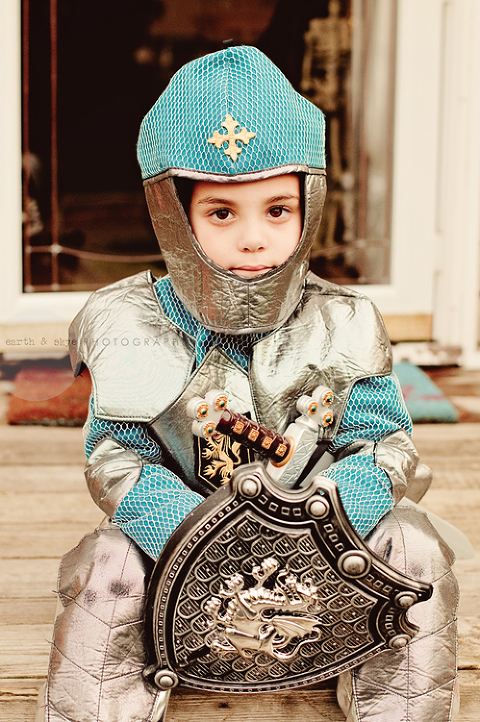 Cubby was going to be the lion that his brother was when he was two.  It was a good idea.  Recycled costume and all but he just didn’t go for it.  He roared and let me draw his whiskers and nose but that is where it ended.  He ended up in a cute raccoon hat that Grandma gave him. 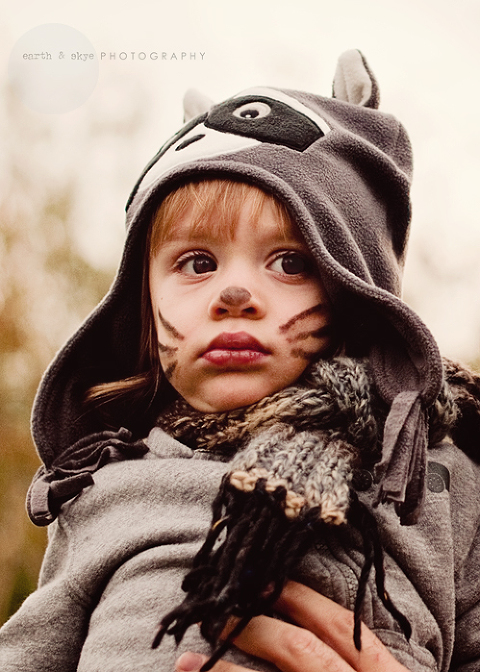 I can’t even believe I’m posting this next picture.  Yes, my husband bought us costumes this year to surprise Monsta.  Batgirl for a Mommy, he was pretty psyched. 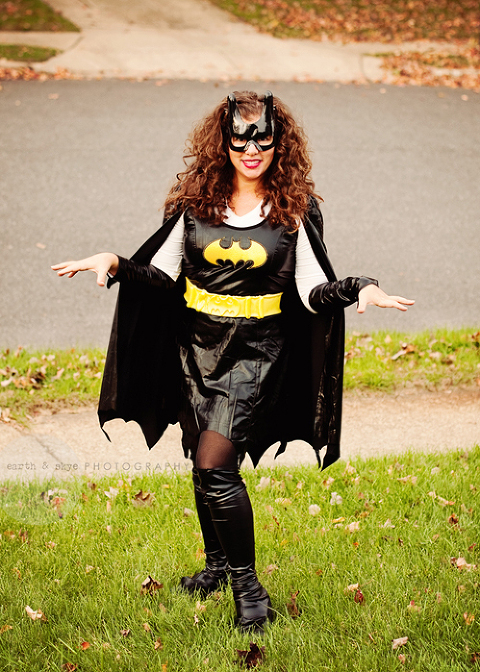 My husband, of course, was Batman.  He taught the little knight how to defend. 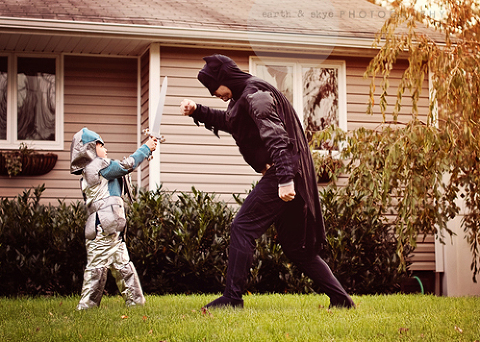 Cubby picked up on the whole ‘what to do on Halloween’ thing pretty fast.  He was determined to go to every house. 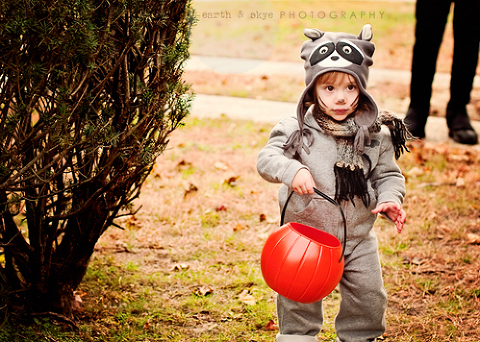 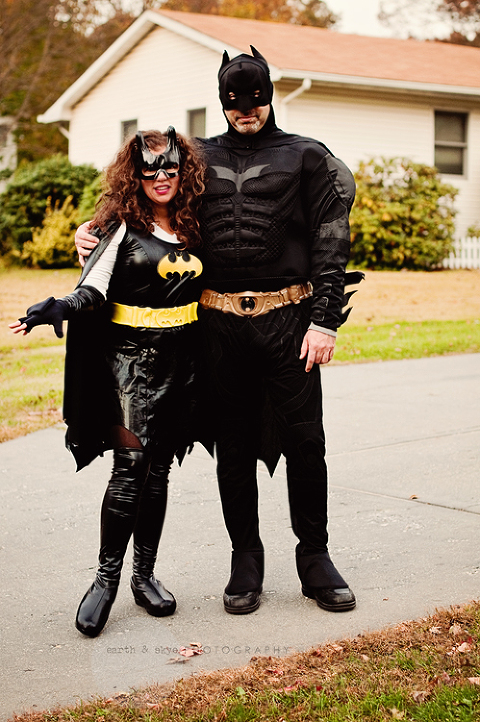 My boy in silver.  I love him. 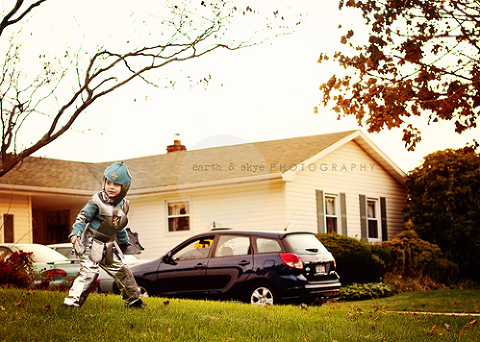 Fun day.  Lots of candy, which is hidden away, and not even remembered.  By them anyways ; )